Motorways in the UK have become a whole lot smarter and could end up costing drivers £100 if they fail to obey the law.

Smart motorways have been operational for several years and have played an important role in keeping traffic moving. Thanks to huge signs above each lane and opening the hard shoulder to drivers, bringing motorways up to four lanes, traffic has been allowed to flow freely and prevent gridlock. However, on June 10th, lorry drivers were warned of a new law coming into effect that would fine drivers £100 who ignored the giant red X signs overhead.

Since the beginning of 2017, Highways England has issued more than 180,000 warning letters to drivers who have ignored the red X signs. But from now on, drivers will have to obey the rules or be hit with a fine.

The red X signs act as a clear warning for drivers to avoid entering that lane. They are used to indicate a road closure due to an accident or breakdown, upcoming roadworks and can even be required by emergency services to swiftly access an incident ahead. However, recent research has shown that almost one in every four drivers has driven in a lane with a red X displayed.

It’s clear to see that drivers will have to become a lot smarter if they are to remain on the right side of the law from now on.

The new directive is designed to keep motorists safe and the traffic moving. The roll out of smart motorways has been a success so far and there are plans for more and more stretches of the motorway to become official smart motorway sections. This announcement is a Godsend for those in the haulage and construction industry who use large vehicles, like scaffold trucks and crane trucks, regularly on the motorway. Keeping the traffic moving ensures products get delivered on time, projects are completed and drivers, most importantly, get to go home and see their loved ones.

Seeing a bright red X sign on the gantries means you must be alert. Do not enter that lane. Somebody may have broken down ahead of you and be in real despair as to what to do next. As a respectable driver, you should do all you can to make sure you, your fellow road users and the vehicle in limbo are aware of what’s around them.

If you are looking for the best second-hand trucks in the Midlands, you have come to the right place. Cromwell Trucks stocks a wide range of top-quality used trucks. Whether you are after a box van, scaffold truck or ex-council truck, speak to one of our sales team now on 01922 455727, email [email protected] or view our stock now. 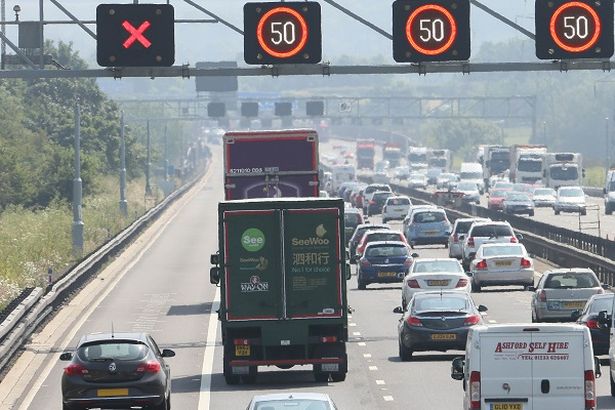