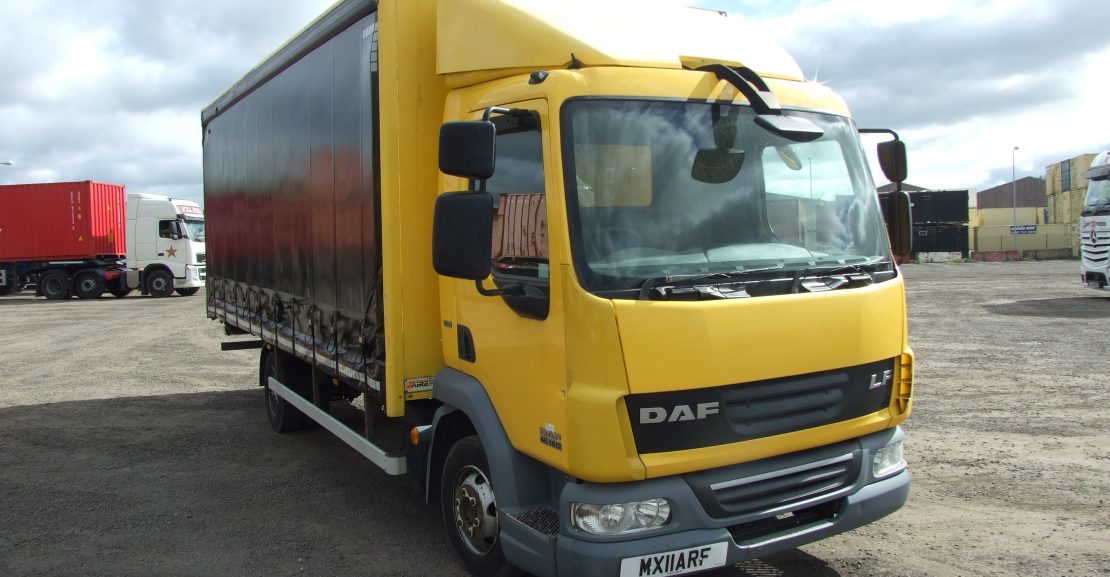 Used trucks are our life at Cromwell Truck Sales. Our dedicated and knowledgeable staff live and breathe lorries, but we are not the only ones who adore these essential vehicles. There are millions of people across the UK who depend on the wide range of used trucks we sell. So, in their honour, we thought we would give you five fascinating facts on our favourite mode of transport.

1. Trucks are the Mrs Doyle of the automotive world

Just like Father Ted’s irritating housekeeper, lorries are designed to go on and on and on and on. Whereas mileage can be a deciding factor when looking for a second hand car, it means little when buying a used lorry. There have been many unsubstantiated reports of drivers clocking up millions of kms in their trucks, but there is proof of one man racking up an incredible figure.

In 2009, a truck driver from Florida was given an award for driving the most miles in a truck without ever having a preventable accident. Willie Coe Jr clocked up an astonishing 3,001,276 kms with a truck he bought back in 1986. Woah! That’s an incredible 75 times around the world or four times to the moon and back.

It just goes to show that given the correct tender loving care, a scaffold truck can remain operational for decades.

If you are in America when a fire breaks out you need to call 911 and ask for the Hawaiian Eagle fire truck. This vehicle is the fastest jet-powered truck in the world. Containing two two turbojet Rolls-Royce engines, each with a 6,000 horsepower, the fire truck can hit a top speed of 406 miles per hour! Now that is what you want when you’re in an emergency! At Cromwell Trucks, we regularly take collection of used fire and NHS trucks. Unfortunately, they won’t be quite as quick as the Hawaiian Eagle!

They say size is not important, well try telling that to Australian John Atkinson. In 2006 he drove the world’s longest road train by combining an Australian-built Mack truck with 112 semi-trailers, registering a colossal 1,474.3 metres long. Mr Atkinson reclaimed the title he earned a few years earlier after this road train travelled more than 100 metres with goods inside.

4. Trucks have been around for a long time

Did you know that the first motor truck was built before the invention of the television, the formation of football clubs like Chelsea, Real Madrid, Barcelona and Juventus and the death of Queen Victoria? German pioneer Gottlieb Daimler produced the truck with a four-horsepower engine a belt speed and two forward speeds in 1896. Daimler was an absolute genius when it came to creating vehicles as he also built the first motorcycle in 1885 and the first taxi in 1897. Given the technology around today I wonder what the German inventor would have created if he was alive now?

5. Where would we be without trucks?

As a nation we rely heavily on lorries to transport the goods that we need. It’s estimated that a whopping 85 per cent of everything we buy, eat, wear and use is moved by a UK-registered lorry. With a wide selection of used tipper trucks, flatbeds, box vans and beavertails to choose from, there is a used vehicle for you here at Cromwell Trucks that will help to keep the country moving.

For further information on our range of used vehicles for sale, call our sales team on 01922 455727 now.